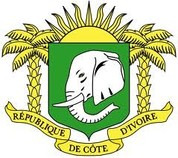 As a part of the reconfiguration of the Ivory Coast’s International
airport NASS was requested to conduct several tasks in order to raise the
airport security standards to ICAO and Annex 17 level as well as TSA regulatory
requirements. the project included the following tasks:

A thorough survey and analysis of the airport terminal,
cargo operation, catering, perimeter and procedures was carried out. The survey
included a NASS team meeting with key personnel from the Ivory Coast Department
of Transportation, airport, airline personnel and key military personnel. In
addition, the team conducted a site survey at the airport observing the daily
operation, procedures and security measures present. NASS went on to write a
detailed Airport Security Program (ASP) according to ICAO, Annex 17 and TSA
standards. The ASP identifies the different levels of personnel at the
organization (Management, Security Personnel and General Employees) and lists
the different responsibilities of each and every department. The ASP serves as
the backbone for the entire airport’s security operations and was also adopted
as the national security program by the local transportation department

NASS then moved on to provide a detailed Protocol and Procedures manual
for the entire airport security operation. NASS conducted a site survey and
analysis in order to study the existing operating procedures and identified the
exiting gaps between the ICAO (Annex 17 and TSA) and the exiting standards. The
manual identifies the different protocols for each level of personnel at the
airport (Management, Security Personnel and Employees) and lists each and every
department’s exact working procedures.

The Manual included some of the following topics but not limited to :

NASS was also contracted to conduct compliance audits in order to help the airport management maintain its level of security and compliance with the different international
standards.the audit provides the airport management an overview of the current
situationand the different issues that should be taken care of in preparation
for the ICAO audits.